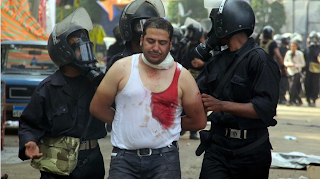 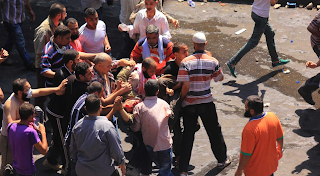 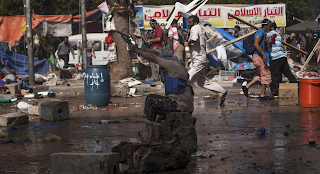 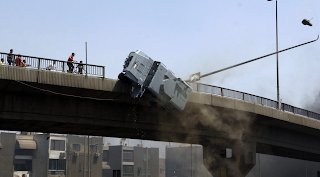 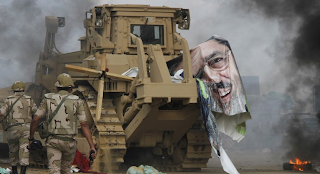 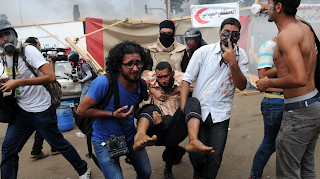 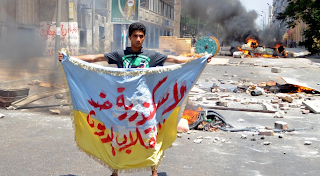 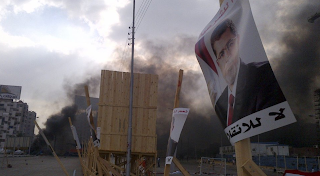 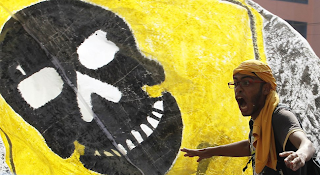 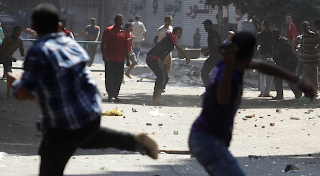 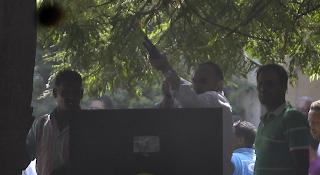 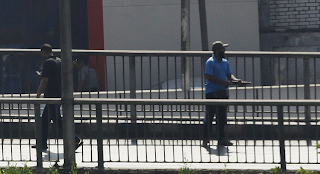 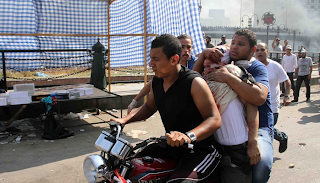 Violence broke out as thousands of Islamists marched in several cities across Egypt in what they Called the "Friday of Rage" to protest Wednesday's crackdown on pro-Morsi protest at Al-Rabawiya and Nahda square sit-ins, which left more than 600 people dead and thousands wounded.
Health ministry sources said four were killed in clashes in the Suez Canal city of Ismailia and eight in Damietta.
A makeshift hospital in Cairo's Ramses Square, where Morsi supporters are converging, has put the death toll at 42.
Earlier, Egyptian state television reported that at least 7 were killed so far in Cairo. At least one person has been reported killed in Giza, according to the health ministry.
Al-Ahram Arabic news website reported clashes between security forces and pro-Morsi protesters at Giza Square in the Giza district, saying security forces fired teargas in an attempt to disperse the crowds.
Posted by Unknown at 11:26 AM