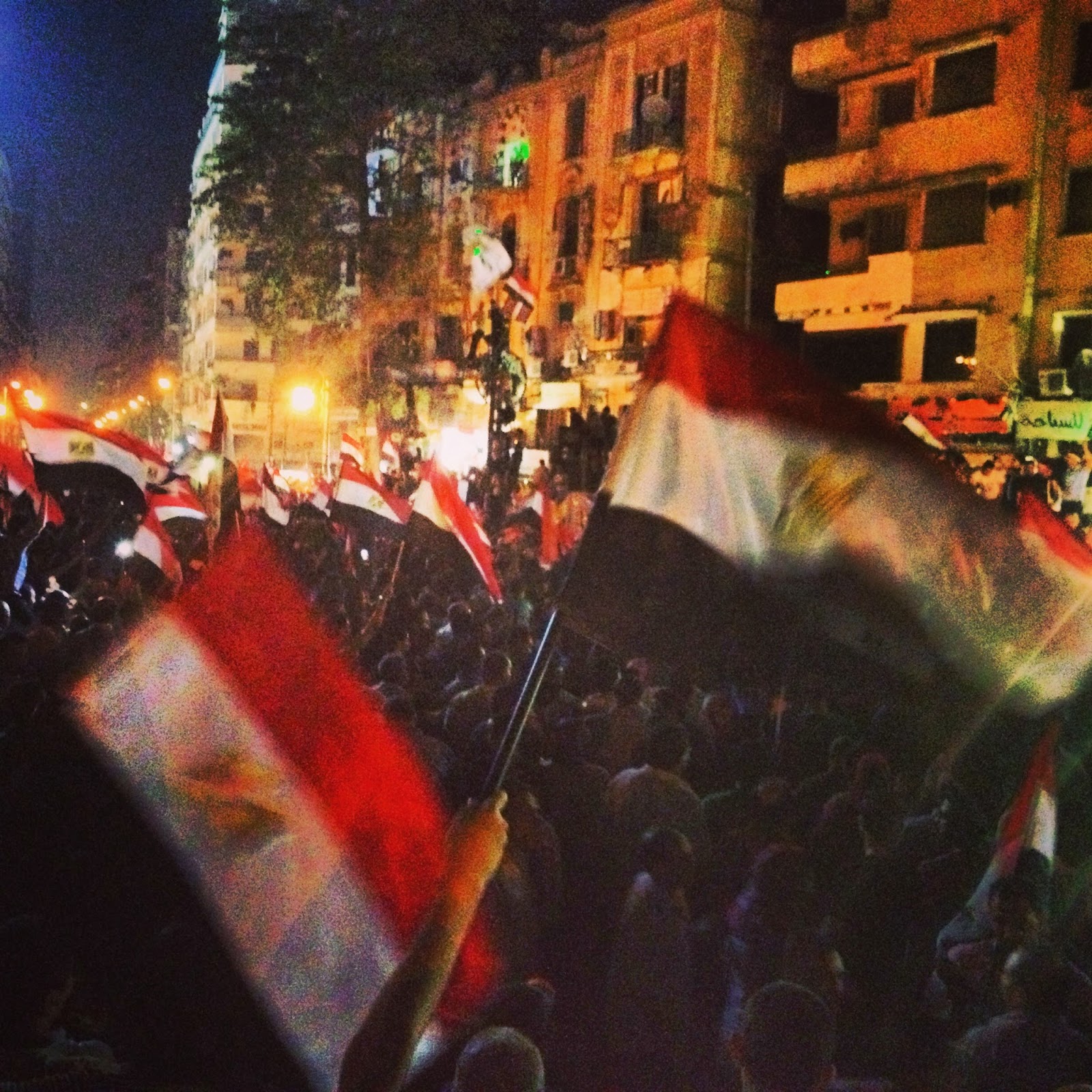 June 30th, 2013 is the day Egyptians decided to act on their Rebel campaign threats. Millions of Egyptians took to the streets of Cairo and many other cities in Egypt to protest against the Muslim Brotherhood ruling and against president Mohamed Morsi.

Walking among the protesters on that day, and overhearing their concerns and disapproval of how Morsi was running the country, gave me hope that change was about to happen. A year later, Morsi's regime has ended, but Egyptians' problems and concerns have not been solved. They are still having gas and electric shortages, a bad economy, inflation, a corrupt government and the garbage issue that is always staring them in the face.

The only difference now is that Egyptians have another president with a regime that won’t allow their citizens freedom of speech, or freedom to protest or complain. So far the Sisi regime is doing a great job of handing out mass sentences to activists and journalists, and of course death sentences to all Muslim Brotherhood supporters and leaders, regardless to their age or affiliations.

The same problems in Egypt that were the main reasons behind the ousting of Mubarak and Morsi still exist for Sisi to deal with. These issues won’t just go away simply because a new president was elected, no matter how you feel about his election.

Egypt's problems won’t go away just because of who is in charge. They are big issues and they need the whole country to come together to face these issues, with a very smart leader to lead. People in Egypt, like people in other countries, want to think that an election is the solution. But although an election is a good way to elect smart leaders who could find ways to solve social and economic issues, no issues will just disappear upon electing one person.

The revolution that started in January of 2011, and the second one in June of 2013, only helped us to remove leaders, not the underlying military regime that has been in power all along. The corrupt regime that Nasser, Sadat and Mubarak helped to build and nourish is what we need to change, and what we need to overcome.

We won’t be able to get rid of the corruption without raising awareness and giving everyone a good education, for old and new generations alike. We need a modern education to help us to listen and respect each other's views, and teach us to voice our opinions in a such a way that we all get heard and acknowledged.

We also need to create a political system that works for us; not copy other people. We need human rights laws and freedom of speech. We need to learn to be selfless and take care of each other, and above all take care of our country and love it.


The question is, when Sisi's government fails to fix Egypt's real problems, will the Egyptian people be able to take to the streets again to protest against the failure of Sisi’s regime, or will military rule prevent that from happening?
Posted by Unknown at 11:01 PM