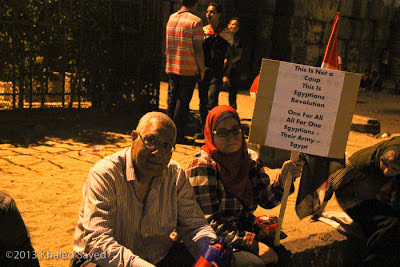 There is always a tendency to point fingers and blame someone else for your problems. However when you do that, you're really only making it worse.  What you need to di is to own the problem and try to fix it.


On major social media platforms, Egyptian people from all walks of lives are starting to point fingers at the USA for having a role in the mess Egypt in right now. “The USA supported Morsi,” or “Obama support terrorists.”

These statement have been going around, and they are only letting us avoid discussing the big elephant in the room: we need to start our own democracy down the right path; a new constitution, and electing a truly representative president. Then under the supervision of the president and the army we can establish new way of voting. The system we have had since Mubarak's time is what Ikhwan used to get 60 percent of the parliament seats in 2011, and what Morsi used to become president.

We have to step back and look at our history. Our leaders after Nasser are to blame for the state we are in right now. Why? Sadat and Mubarak started the trend of getting the USA involved in our internal affairs. The USA is, of course, only interested in their own concerns, as we should be too.

The USA cares about their own security, and Israeli security. Sucks for us that we share a border with Israel, and we also have the strongest army in the whole arab world. The USA needs to keep us in peace with Israel, and keep the Camp David agreement 1978. That deal was made in the time of Carter and Sadat to end war between Egypt and Israel, and give back Sinai land to the Egyptians. With the USA involved in the agreement, of course some parts of the agreement favored the Israelis against the interests of the Egyptians. However Camp David did end the war between us and the Israelis, and that is a good thing.

People are saying online that the USA and Obama supported Morsi. Did they really? The USA would support anyone that will secure the border between us and Israel, no matter who he is. This time it happened to be a Muslim Brotherhood member who won the vote somehow.

The problem was that after the January 25 revolution, we didn’t remove the whole regime. We just got rid of the head of the regime, Mubarak. Then we were not ready for an election. Due to people's ignorance, we were forced to participate in a premature referendum, and then election after election without oversight. That is how we ended up with Morsi in power. And just like the president before him, he had to get on the good side to the USA. In addition, Morsi chose to work only from the playbook that was provided to him from his own Muslim Brotherhood party, ignoring the real needs of his own people.

So stop blaming the USA. The people who want you to blame other countries for our problems are the people who don't want you to realize what we are doing to ourselves. We have helped by being silent for too long, and we still get fooled by the people who use religion to get what they want. But no more! On the June 30 I saw new Egypt, and its people rose to the challenge and demanded the military to help us get rid of another corrupt regime.

Egypt is a civilization that has been amazing people from all corners of the world for thousands of years with its rich history and amazing people. I know our road ahead is full of bumps, but we are on the right track to rebuilding this great country of ours. 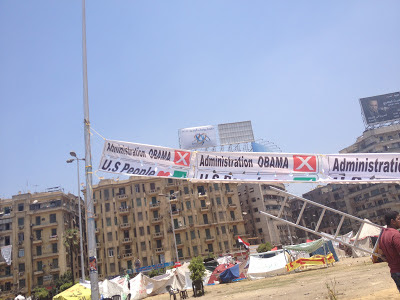