Sexual harassment protest in front of the stat TV building in Cairo.


“Bahiya ya Masr,” or “Beautiful Egypt,” a group advocating women’s rights, protested on Sunday against the Egyptian Information Minister’s “sexist” comments towards two female journalists.
Salah Abdul Maksoud, angered many Egyptians after he told a female reporter to “come to my office and I will show you how,” as she mentioned the lack of freedom for expression.
Last Wednesday, during a press conference at the Information Ministry, the official repeated his infamous remark, when he told yet another female journalist from the private Al-Nahar TV station: “come to my office and I will tell you,” after she enquired about Egyptian TV content. 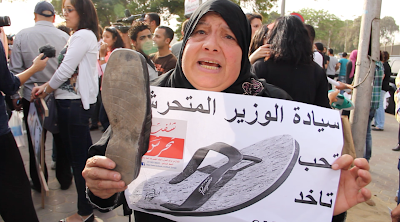 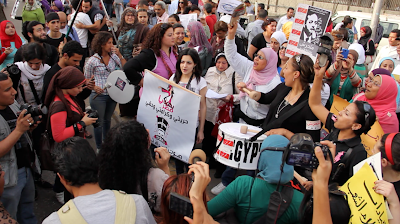 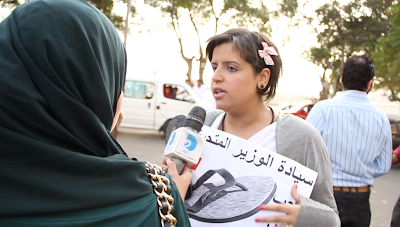 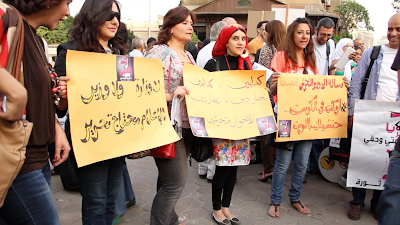 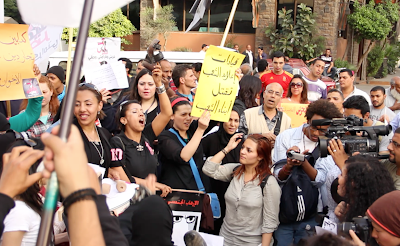 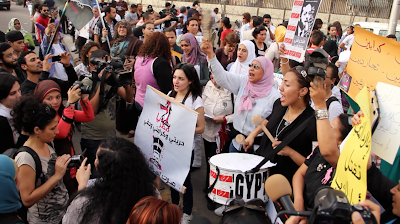 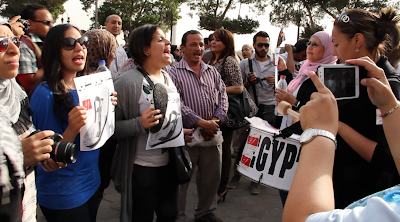 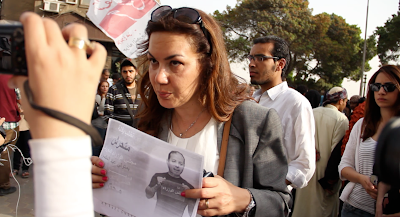