"Would you marry a woman who doesn't wear hijab?" 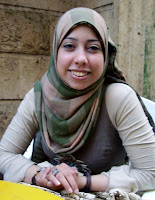 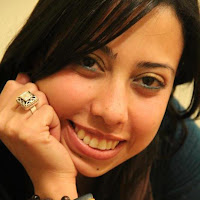 I’ve always been curious about hijab. Hijab is the custom of women wearing a headscarf, young girls covering their hair, and the long dresses that cover women's body shapes. It's interesting at what age the choice to wear hijab comes up in a woman's life in Egypt.


While doing the research for my upcoming film about Arab women's rights in the middle east, I met with Amal, an educated professional. She lives and work in Cairo, uses public transportation, and hangs out at coffee shops in downtown Cairo with her close friends. Amal is a woman who has made the decision not to dress in hijab.


Amal revealed to me her struggles throughout her life with hijab. At a very young age she was enrolled in religious school to study Quran, learn how to memorise it, and understand its meaning. In that school she had to wear hijab, but going out with her family she didn’t have to wear it. Of course, that is a very confusing thing for a young girl, so at the time she decided to keep wearing the hijab. She understood from a Salafi sheik at the school that hijab is a must for Muslim women.


Growing and learning in Egyptian society, she had the opportunity to talk to other sheikhs from schools like Azher. Azher is a main Mosque in Egypt and north Africa. It has it is own schools and a university. Students come from all over the world to study Islam, as well as other fields including law and science. She learned that the hijab that she wore isn’t mandatory, and that covering her hair isn’t actually a big deal according to the teachings of Islam. So Amal decided to leave the hijab days behind her, and to wear what she wanted, because hijab wouldn't make her a better person; her behavior would.

Now Amal doesn't wear hijab. She shed her hijab clothes, and that opened her eyes to a whole different view of Egyptians. She found out that people think that she is Christian just because she wears modern clothes, like jeans and t-shirts. But it was a surprise to realize that people called her Christian as if it were an insult. Women on the metro in the women-only cars looked at her oddly, and were weirded out when she asked about the prayer time.

This wasn’t the first time I have heard that non muhajaba get harassed by the veiled and muhajaba womens. The Egyptian society, like every society in the word, goes through evolution. Where we are now may be a result of the Egyptian people working and living abroad in the gulf countries and learning from their traditions.

Egypt never used to be a hijab wearing country at all. Amal told me that she remembers women in the recent past used to wear mini skirts. You can still see a lot it in old pictures and films from the early 1990s and before. 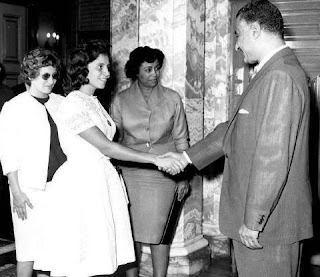 Amal shared with me a lot of interesting insights about hijab, and our conversation inspired me to do an informal poll about Hijab.

I asked ten of my Egyptian male friends if a woman's choice to wear hijab would influence their decisions when it comes to marrying someone. All of the men I spoke with are well-educated and consider themselves liberal and forward-thinking. They are also all married, engaged, or looking to get married.

Here are some of the things they had to say:


Overall, the results were nine to one in favor of the girls wearing hijab.
Posted by Unknown at 2:35 PM