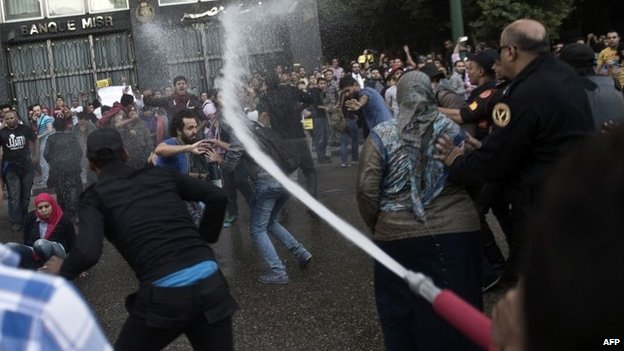 If you thought the Egyptian revolution has changed anything about Egyptian politics, you are sorely mistaken. Prosecutors have been ordering arrests of prominent Egyptian activists who were protesting outside of the high court in response to the new demonstration law. The new law, which was signed by the interim president Adly Mansour, bans street protests.

Under the new law, Egyptian police are allowed to use force to disperse demonstrators. In addition captured demonstrators could be sentenced to prison for as long as seven years for the use of violence at a protest, one year for covering their faces during a protest, or one year for protesting outside a place of worship. Furthermore, anyone attending an unauthorised protest can be fined up to $1,500. The new law targets public gatherings of ten people or more without government approval.
In order to avoid imprisonment or a fine, you should notify the authorities that you will be protesting three days before the protest takes place.

After arresting 15 women and 12 men who took part in the demonstration outside the upper house of parliament, they were released in the middle of the night on a desert road about 6 miles south of Cairo.

Whoever crafted that law obviously knows very little about Egyptians. I have attended many protests in Egypt, and one thing I have noticed about the crowd is that it is a fierce crowd. They do not fear water cannons, tear gas, or even bullets. A law like this will not stop the people from taking to the street to protest.

I believe that what the interim government is doing is paying much more attention to activists than the bad economy, the poor people, and the failing education system.

The government is ignoring the main reasons why activists call for protests. These reasons have not changed since before the removal of Mubarak in 2011. The terrible living situation is due to the lack of security, the lack of employment for young people, and the inflation that is a burden on all Egyptians. These issues won’t go away without the Egyptian government actively fixing them, and listening to their people’s demands. There will be no need to demonstrate, or for a law against demonstrations, if the government does its job.

The recent arrest and the new anti-demonstration law are tools to repress the Egyptian people, but that tactic didn’t work for either Hosni Mubarak who was removed in January, 2011, nor Mohamed Morsi who was removed in July, 2013, both by the will of the people. 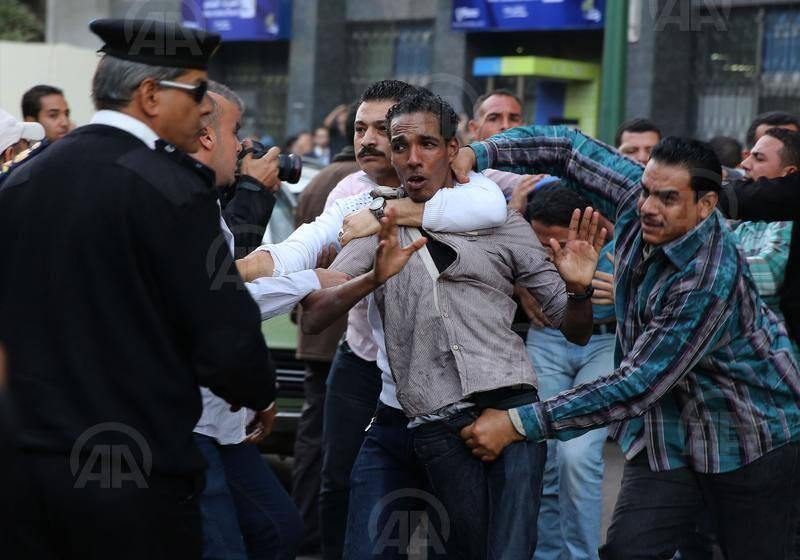 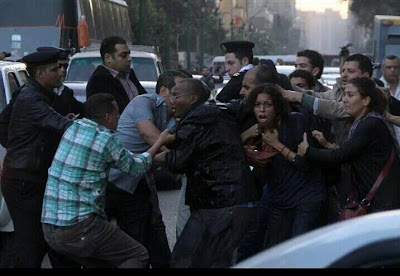 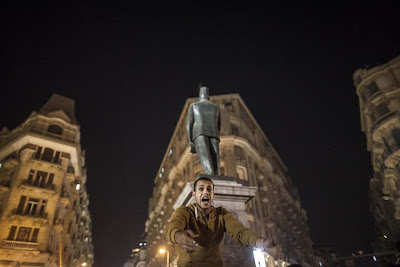 Article 73: Citizens have the right to hold general meetings, marches or protests, or any form of peaceful protest, without carrying any weapon and upon notifying the authorities of planned demonstrations in accordance with the law.