Egypt's Curfew is Coming to an End...or is it? 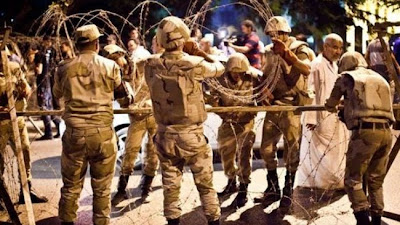 Living abroad, outside of Egypt, sometimes can be great, and sometimes frustrating as hell, because you have no choice but to look at the whole picture from the outside. But living in the USA is different because the mainstream media here don't cover Egypt unless there are clashes with casualties.

I left Egypt in early July to return to the U.S. right after the ousting of Morsi. The Egyptian people weren't sure what would come next, and they are still not sure now.

Retaliation from the Morsi supporters has been dragging on for almost two months, although they seem to protest every Friday with shrinking numbers every time.

I have been getting my information about how things are in Cairo, and Egypt overall, from friends, family, and many activists I made contact with while I was there. They inform me that life in Cairo isn't as fun anymore. Everyone is living on edge. Factories instead are doing two or one shift only instead of three, and most of the time they are closing early. People are going home before the afternoon due to the curfew, which is being enforced by the military in response to violent protests by Morsi's remaining supporters. 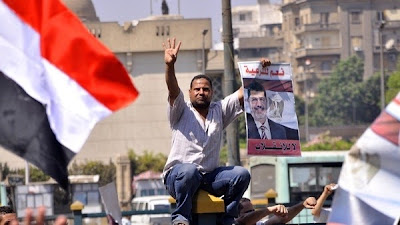 Fights erupt  between supporters and opponents of Morsi daily, and the Army and police have to come and stop clashes before they go too far. Assassination attempts are happening as well. The latest one was a failed attempt to kill the Minister of the Interior. A car bomb went off in Cairo's eastern district, near Interior Minister Mohammed Ibrahim's convoy.

My friend Mo'nes, who lives in Cairo, told me that Egyptians are overwhelmingly respecting the military curfew. For their own safety they are following the military guidelines, such as a recent recommendation for people to stay home for Friday prayers.  However the media is not getting much attention from the people anymore, after they started attacking the way the military is handling the situation.

I'm not surprised that the Egyptian people are showing support, and listening to the Egyptian military. Egyptians think of their military as heros for winning the 1973 war against Israel, and they trust them more than they really should. I always say never trust someone with a gun.

I believe that the military's popularity never faded, even when the military took actions that opposed the will of the general public, such as attacking and killing peaceful protesters in Maspero in October 2011, during the Mohamed Mahmoud street clashes November, and at the Council of Ministers street December 2011. The military trials are back on; something which many human rights NGOs are against. However an Egyptian military court handed down heavy prison sentences to supporters of ousted president Morsi. The court sentenced eleven men to twenty five years in prison. Forty five Muslim Brotherhood defendants were given five-year sentences. Despite all this the military’s popularity in Egypt never faded.

So consider what is happening in Egypt, from attempted assassinations, weekly Muslim Brotherhood protests, clashes between anti and pro Morsi demonstrators, and active terrorist group working hard to destroy the current interim government.

Given all that, I believe that the military will have many reasons to extend the curfew and emergency law that becomes active again last month. And the Military is in a good position right now since they are getting the Egyptian supports behind them.