The Nightmare is Over 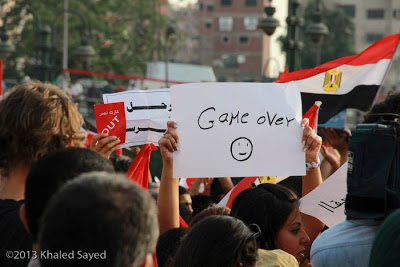 Standing in the middle of the crowd outside the El Eitihadya presidential palace for hours, listening to the chanting of people calling for Morsi to leave, filled me with hope and pride.

At a coffee shop, finally sitting down to eat something after a long day at the protest, I look up as El Sisi, head of the armed forces in Egypt, appears on TV. His voice is heard from parked cars and shops close by.

During the speech, the loud and bustling streets got so quiet so fast. This is what everyone in Egypt was waiting for; a speech from Sisi to tell us what is going to happen. Egyptians are deeply invested in the hope that the military will do the right thing, and stand by the peaceful anti-Morsi protesters.

The people listen carefully, and hang on every word. After the crowd understands that the Military has actually forced Morsi out of office, the streets roar, and screams of celebration everywhere break the silence.

What I felt, and what the people felt at that moment, is hard to put into words. Pride, happiness, and a sense of achievement. The peaceful protest really worked. You can get what you want without bloodshed.

Egyptians have been in a nightmare called the Muslim Brotherhood since the end of the initial revolution on January 25, 2011. Morsi's religious party swarmed into power, and they felt very comfortable very fast. Right away they started to change Egypt to what they called "Islamist Egypt."

Now that Morsi is under house arrest, Egyptians have said loud and clear that they don’t want an Islamist state, and do not trust a Muslim Brotherhood government. The Egyptian people not only removed two presidents in two years, but Egypt has become the first country to overthrow an Islamist state; a new notch on the Egyptian belt.

What really bothers me is that most of the headlines around the world read as if Egypt is having a military coup. We called on our Egyptian military to end Morsi's regime, and to help prevent the threat of civil war. We all know that our military isn't perfect, but they answered the call of millions of Egyptians, and we are grateful.

I'm proud of the actions of our military and police in the past few days, and very glad that our Muslim Brotherhood nightmare is over. 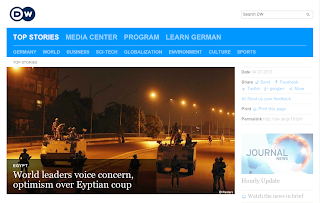 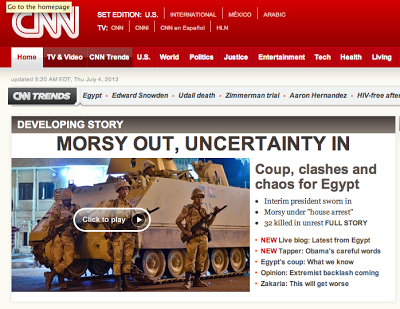 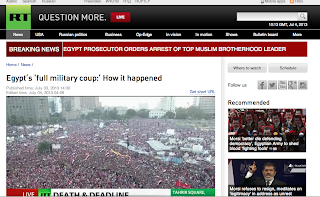