Conversations with the Muslim Brotherhood (Ikhwan) 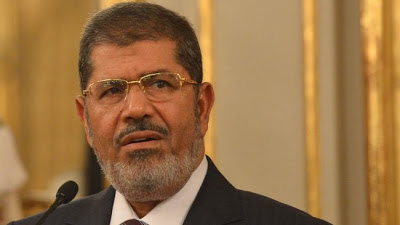 I have been in Cairo since February, 2013, and now it is May; I have met with many people of all kinds of social status, education, background, and political party affiliation. But I have been most interested in talking to is someone who is a Muslim Brotherhood active member, to hear their perspective. It has been difficult finding a Muslim Brotherhood member in Cairo who was willing to talk on the record.

Yesterday I got my wish. Not only did I talk to one person, I talked to several Muslim Brotherhood members and supporters, and they were very willing to talk to me about their opinions of Morsi.

But the conversations mostly went in the same direction, and ended up with no variety of results at all. They all loved Morsi, and said any criticism of him was the fault of the media, or foreign influences. But other than their support for his faith, they couldn't point to specifics to show good things he has actually done.

As an example, I will go through part of one conversation I had with a Muslim Brotherhood member. Since all of the conversations went almost exactly the same way, I’m just going to call this person MB.

Me: How do you like Morsi's presidency so far?

Muslim Brotherhood Member (MB): I like it a lot. He is an amazing man. He will set Egypt in the right direction politically, economically, and internationally.

Me: Well that sounds great, however I have been living in Egypt for few months, and I've never heard anything but criticism against Morsi and his administration. How do you feel about that?

MB: The media are the ones to blame. They are attacking him all the time, and they don’t focus on his achievements. You have a democratically elected president for the first time, and the media people are insulting him, making fun of him, and fighting him every step of the way.

Me: Wait, I never mentioned the media. I’m telling you everybody I sit with says they don’t feel or see that Morsi has been doing anything good to help Egypt recover.

MB: It is because people watch the TV to much, and believe what the TV is telling them. The media are making fun of Morsi non-stop, and they highlight his mistakes more than his achievements.

Me: But what about inflation, the lack of the security, and the lack of the job opportunities for young and poor people?
MB: There are many people who want Morsi to fail. Israel, the USA, and such.

Of course that didn’t answer my question.

The interviews all went on that way, covering a wide range of topics. The answers I got were all defensive about the reasons for Morsi's failures, but vague about any actual accomplishments.

Morsi seems most interested in installing his Muslim Brotherhood members in any high position, like the prime minister and many other ministerial positions in the country, with total disregard to their qualifications

The majority of the people I've spoken with don’t feel that the country is going in the right direction to move beyond the hard times they live in right now. These are real issues, and they don’t feel that Morsi has the answers for any of these issues.

People don’t have to watch TV, or listen to foreign sources, to know that they don’t have jobs or money to spend to get their next meal.