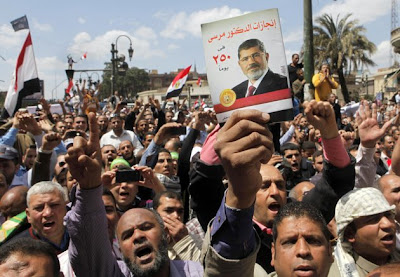 
Unfortunately, Morsi's achievements have nothing to do with political life in Egypt, nor with the economy.

We are still waiting. When are we going to experience the change he promised?